The Negative Health Effects of Loneliness in Seniors 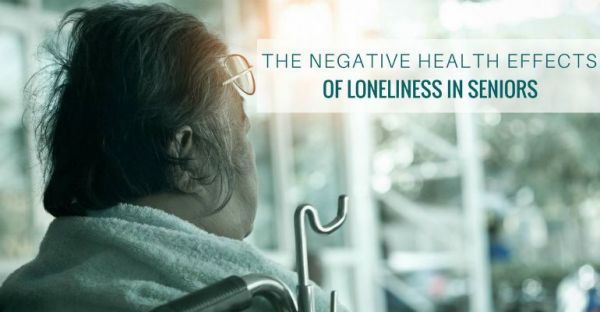 Among the many health concerns that can befall seniors, loneliness is one of the most common and least discussed. With aging come a number of factors that contribute to isolation and loneliness, such as the deaths of spouses and close friends, family members moving away, and the onset of debilitating illnesses. Worse, loneliness itself can cause a number of health-related issues for seniors, including increased risk mortality, depression, cognitive decline, dementia care, high blood pressure, and a number of other conditions. In this guide, our experts at St. Paul’s Senior Services discuss the negative health effects of loneliness in seniors. We also provide information on how to alleviate loneliness in seniors, as well as resources on our many services available to seniors across the greater San Diego area. Read on to learn more, and reach out to us today!

The U.S. Census Bureau reports that 28% of U.S. citizens aged 65 and older (a total of 11 million people) live alone. While living alone does not necessarily cause senior loneliness in all individuals, it is the biggest single contributing factor. This number is also likely to rise. The AARP reports that more and more adults are not having children, which means there will be fewer family members to provide company and care as adults become seniors.

As mentioned above, the biggest contributing factor to senior loneliness is living alone. However, there are several other factors that can lead to isolation and loneliness in seniors. These factors include:

While the first negative health effect covered on our list nearly goes without saying, it speaks to the broad scope of loneliness’s impact on senior health. Put simply, loneliness has a direct correlation to both physical and mental health — and this correlation is not a good one. A recent study conducted using data from the National Social Life, Health, and Aging Project found that seniors who feel lonely and isolated are more likely to report also having poor physical and/or mental health. While the link between loneliness and overall health are still being discovered by the medical community, one thing is clear: Loneliness has a detrimental effect on health in a number of ways. 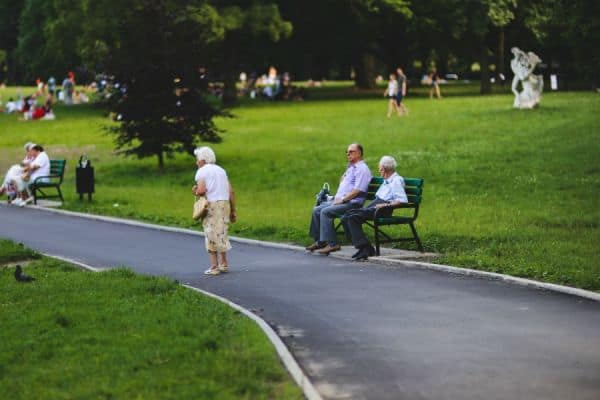 Another negative health effect caused by loneliness in seniors is the increased risk of mortality. A study published in the Proceedings of the National Academy of Sciences (PNAS) found both social isolation and loneliness to be associated with a higher risk of mortality in adults aged 52 and older. One hypothesis suggested that this result was due to the fact that seniors who live alone or lack social contacts are less likely to seek medical attention if acute symptoms develop due to lack of prompting.

As a mental condition, loneliness has several negative effects on mental health. In seniors, these effects are most starkly seen as cognitive decline and the onset of various forms of dementia. Dr. John Cacioppo, a distinguished neuroscientist and psychologist at the University of Chicago who has been studying social isolation for more than 30 years, found in his many studies that perceived social isolation (i.e. loneliness) is a risk factor for, and may contribute to, poorer overall cognitive performance, faster cognitive decline, and the onset of dementia.

Perhaps one of the most intuitive effects of loneliness is its impact on mood. No matter the demographic group, loneliness is always associated with negative feelings including, but not limited to, sadness, pain, numbness, and low self-worth. As it turns out, feeling loneliness is associated closely with symptoms of depression in adults and seniors. This suggests that feeling loneliness may contribute to the onset of mental health issues such as depression, or may exacerbate mental health conditions in those individuals where they are already present.

While loneliness is a condition of the mind, its impacts can be found in regions far beyond the brain. In fact, several studies have shown a link between loneliness and reduced physical health in seniors. One result of the PNAS study mentioned above was the correlation between loneliness and long-term illness. Seniors reporting loneliness were also more likely to suffer from long-term illness. Additionally, a study published in Psychology and Aging showed a direct relationship between loneliness in older adults and increases in systolic blood pressure over a 4-year period. These increases in blood pressure were independent of race, ethnicity, gender, and other possible contributing factors. 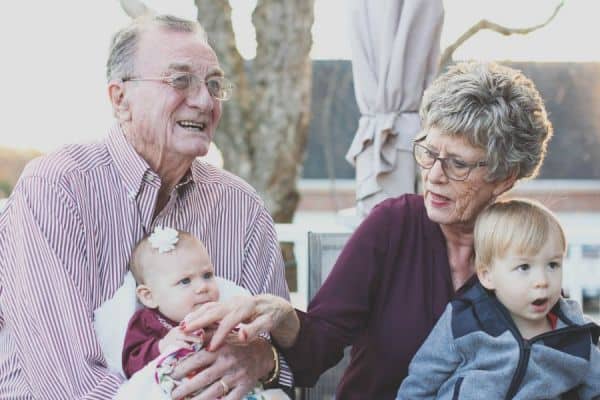 While loneliness can be incredibly detrimental to health, it can also be successfully alleviated through a number of activities and treatments. For many seniors, the increased presence of people is all that is needed to alleviate loneliness. This can be achieved in a number of ways, including scheduling regular outings and visitations with friends and family, attending senior activities in the community, volunteering, and making the move to an independent or assisted living community. Exercise is another excellent activity that can help alleviate senior loneliness. One study, discussed by Health Quality Ontario, showed that seniors reported greater well-being when regularly performing aerobic and low-impact exercises.

Here at St. Paul’s Senior Services, we are proud to offer several activities and events to help seniors get involved in their community and lead happy and fulfilling social lives. One of our most popular programs, our Senior Day Program, gives seniors the chance to socialize with their peers and participate in a number of engaging activities. We also offer independent living, assisted living, memory care living, and skilled nursing care at our San Diego and Chula Vista senior communities.

Learn More and Get in Touch

Interested in learning more about senior loneliness and how you can prevent it? Our team here at St. Paul’s Senior Services would love to help. Explore our website to learn more about the many great senior living options and community activities we offer, and contact us here to speak with a member of our team directly today!

The Aging of the Baby Boom and the Growing Care Gap: A Look at Future Declines in the Availability of Family Caregivers. Donald Redfoot, Lynn Feinberg, and Ari Houser. AARP Public Policy Institute.
https://www.aarp.org/content/dam/aarp/research/public_policy_institute/ltc/2013/baby-boom-and-the-growing-care-gap-insight-AARP-ppi-ltc.pdf

This website uses cookies to improve your experience while you navigate through the website. Out of these cookies, the cookies that are categorized as necessary are stored on your browser as they are essential for the working of basic functionalities of the website. We also use third-party cookies that help us analyze and understand how you use this website. These cookies will be stored in your browser only with your consent. You also have the option to opt-out of these cookies. But opting out of some of these cookies may have an effect on your browsing experience.
Necessary Always Enabled
Necessary cookies are absolutely essential for the website to function properly. This category only includes cookies that ensures basic functionalities and security features of the website. These cookies do not store any personal information.
Non-necessary
Any cookies that may not be particularly necessary for the website to function and is used specifically to collect user personal data via analytics, ads, other embedded contents are termed as non-necessary cookies. It is mandatory to procure user consent prior to running these cookies on your website.
SAVE & ACCEPT